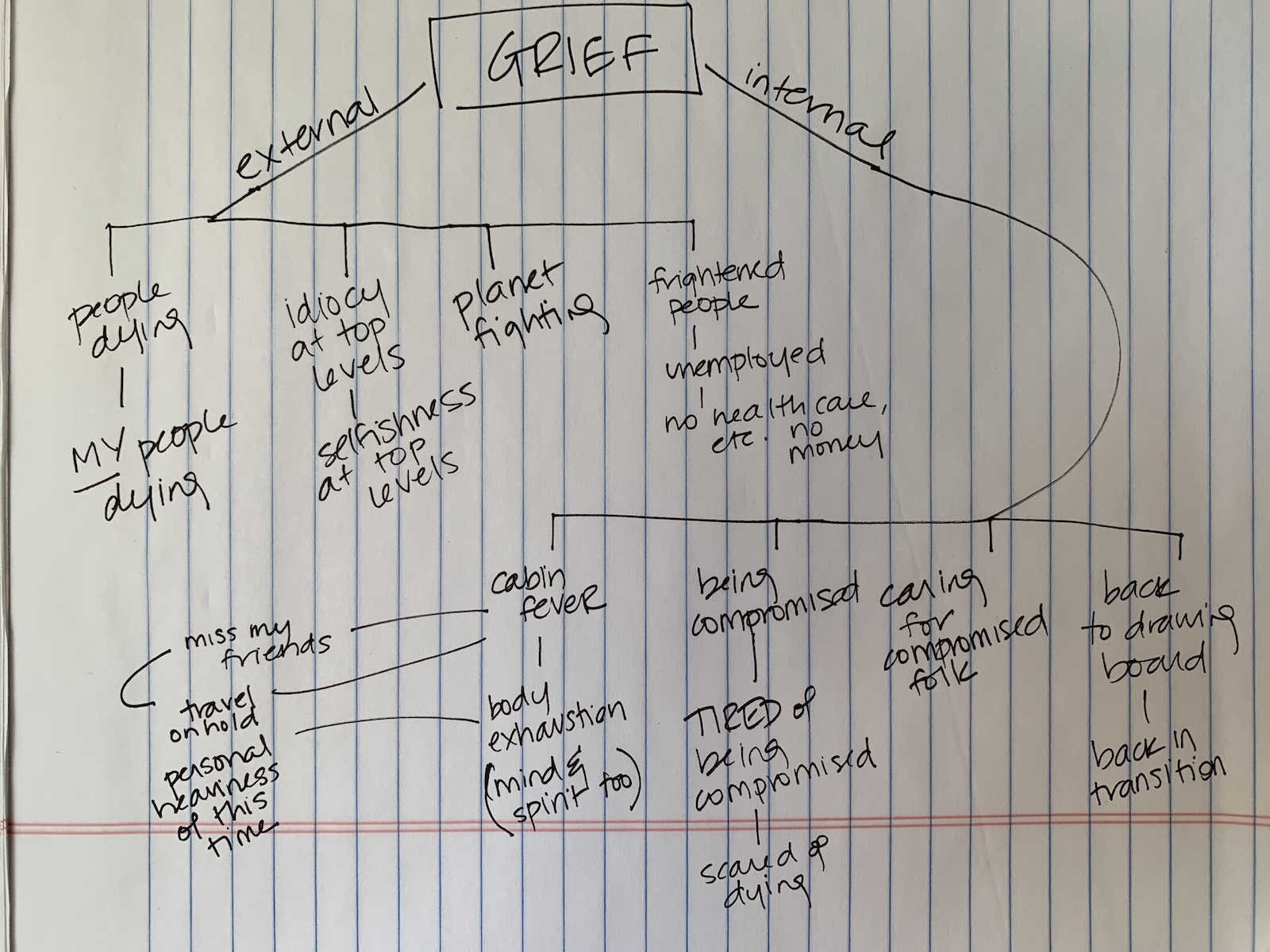 I’ve been a cranky, weepy wreck for the past few days (and off and on for the past few weeks), and this morning I finally figured out why. I’m grieving in about a thousand different ways. I mean, I knew I was grieving in some very specific ways (see obvious list of why this moment is frightening and rage-inducing), but I didn’t realize the true extent of it. So I spent some time making myself a quick chart, and I now have food for writing for the next decade (or month, whichever feels longer). I’ll be posting these here and on social media. So, without further ado…

As part of a larger conversation, Michael and I touched on the fact that it’s likely that COVID-19 will continue to rip through humanity until a vaccine is developed in about 18-24 months. With the current restrictions in place, hopefully it will rip through at a slightly less destructive rate, but, personally, I’m beginning to think that at least 80% of the world’s population will be infected by the end of the year. With luck, more will survive than otherwise would have given the whole curve flattening thing, but still, to put it bluntly, a lot of people are going to die.

Once my brain hurdled that particular benchmark, I quickly flipped through all of the people who I worry about, then all of those who I don’t worry about but would deeply grieve if they left, then started crying, then started really crying with snot and everything, then realized that I don’t quite have the capacity to handle all of that, then realized that no one was actually dead yet (that I know of), then went to an online yoga class where my teacher read the following poem entitled Hopi Prayer:

And suddenly, I felt a bit better.